Celebrate epilepsy awareness all of March!

Thank you to all the local businesses who are supporting Epilepsy Awareness in March!

March is Epilepsy Awareness Month in Canada. It’s a great time for anyone with an interest in epilepsy to raise awareness, challenge myths, and help dismantle the stigma of epilepsy.

We had many events to promote epilepsy awareness during the month, check them out below to see what may be involved in future events. 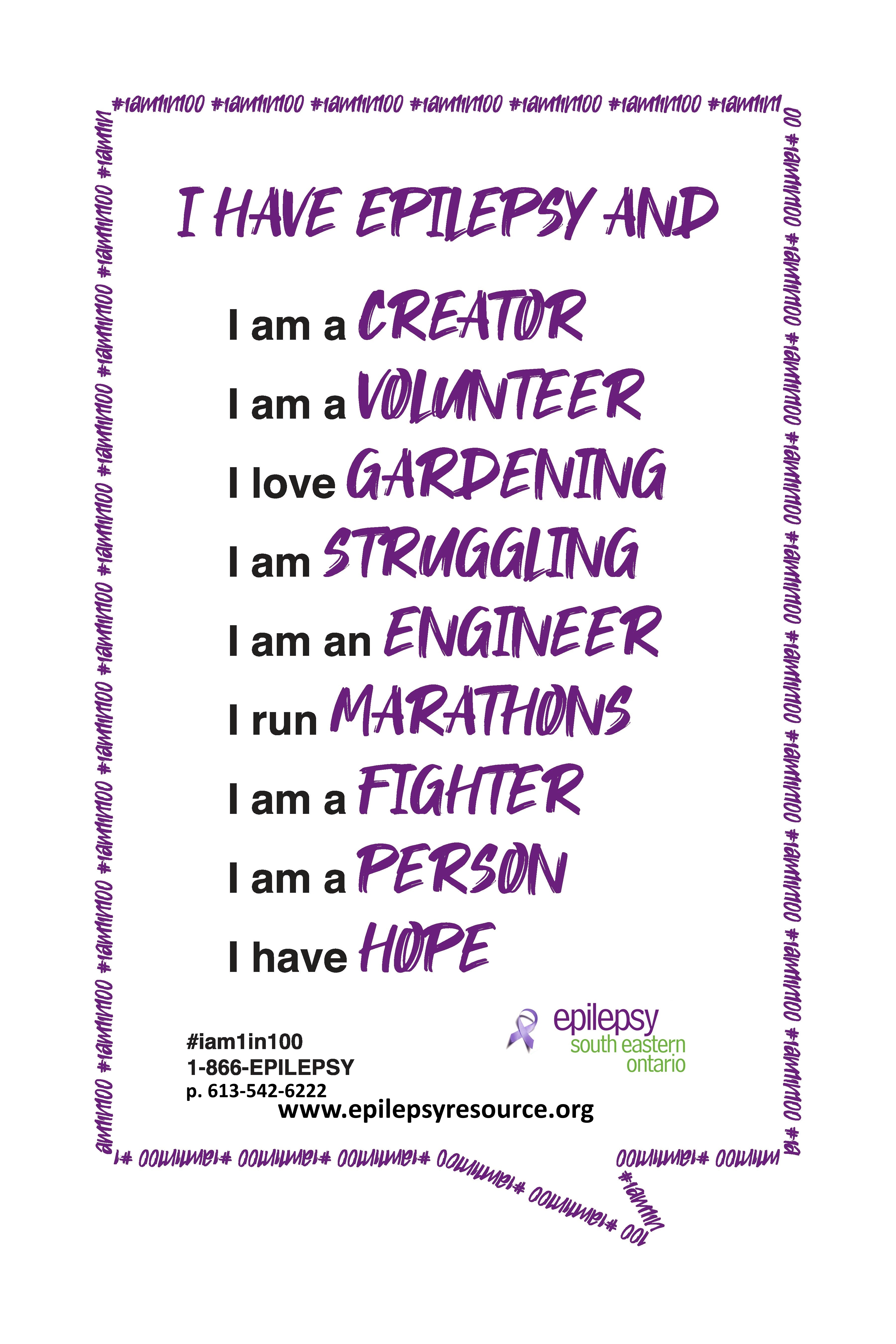 We have partnered with Epilepsy Ottawa and the Canadian Epilepsy Alliance to promote epilepsy awareness through the 1 in 100 campaign.

If you know someone with epilepsy, download the sign that says “Someone I care about has epilepsy and…” In the blank space provided, you can write about their hobbies, interests, skills, and life beyond epilepsy.

Take pictures with these signs to post on your social media platforms and tag Epilepsy South Eastern Ontario! We also encourage you to share this campaign with others and encourage others to post their own photos. The campaign highlights the range of experiences of living with epilepsy and that people with epilepsy are more than just their epilepsy. 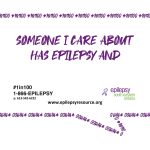 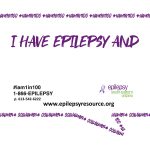 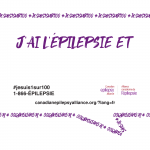 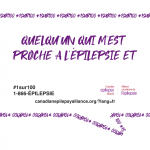 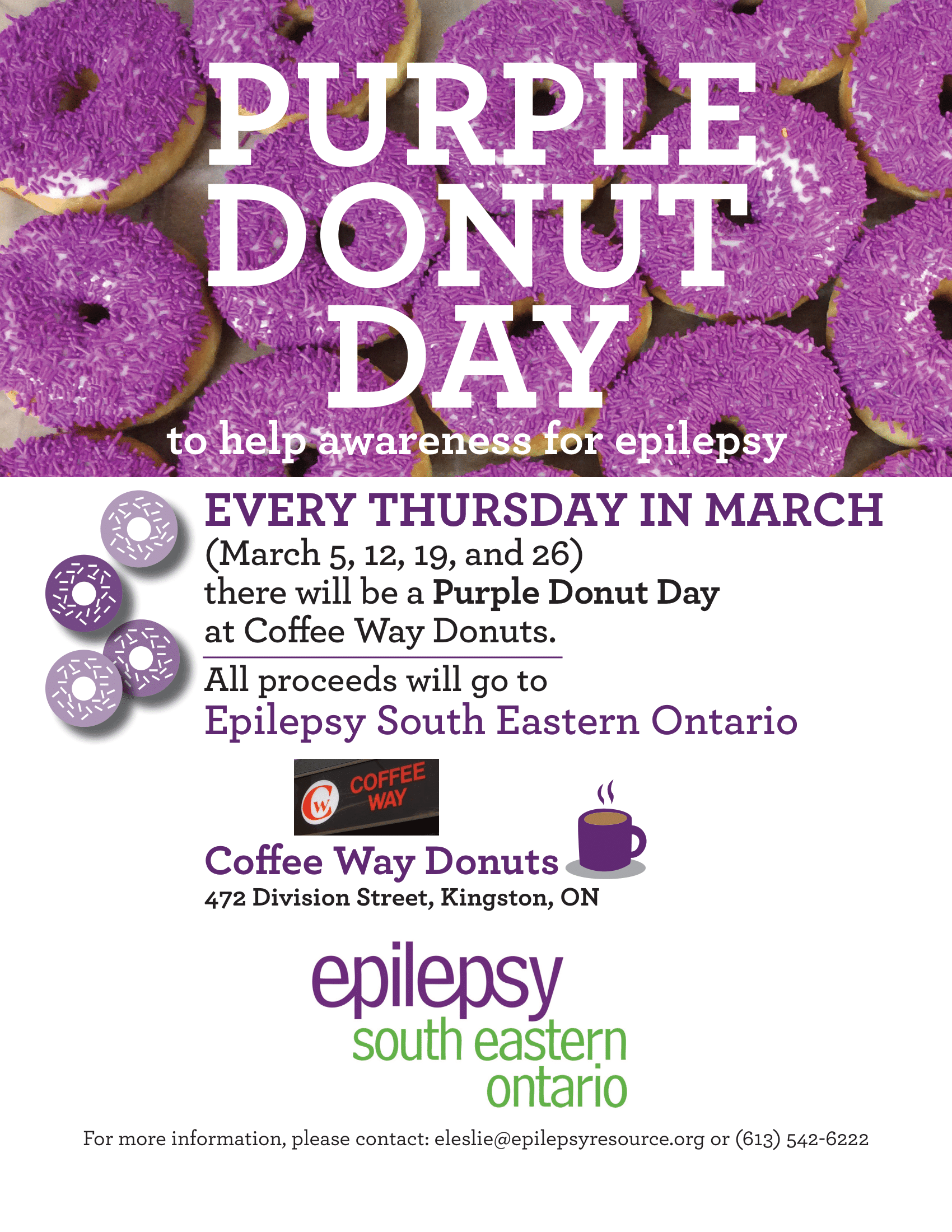 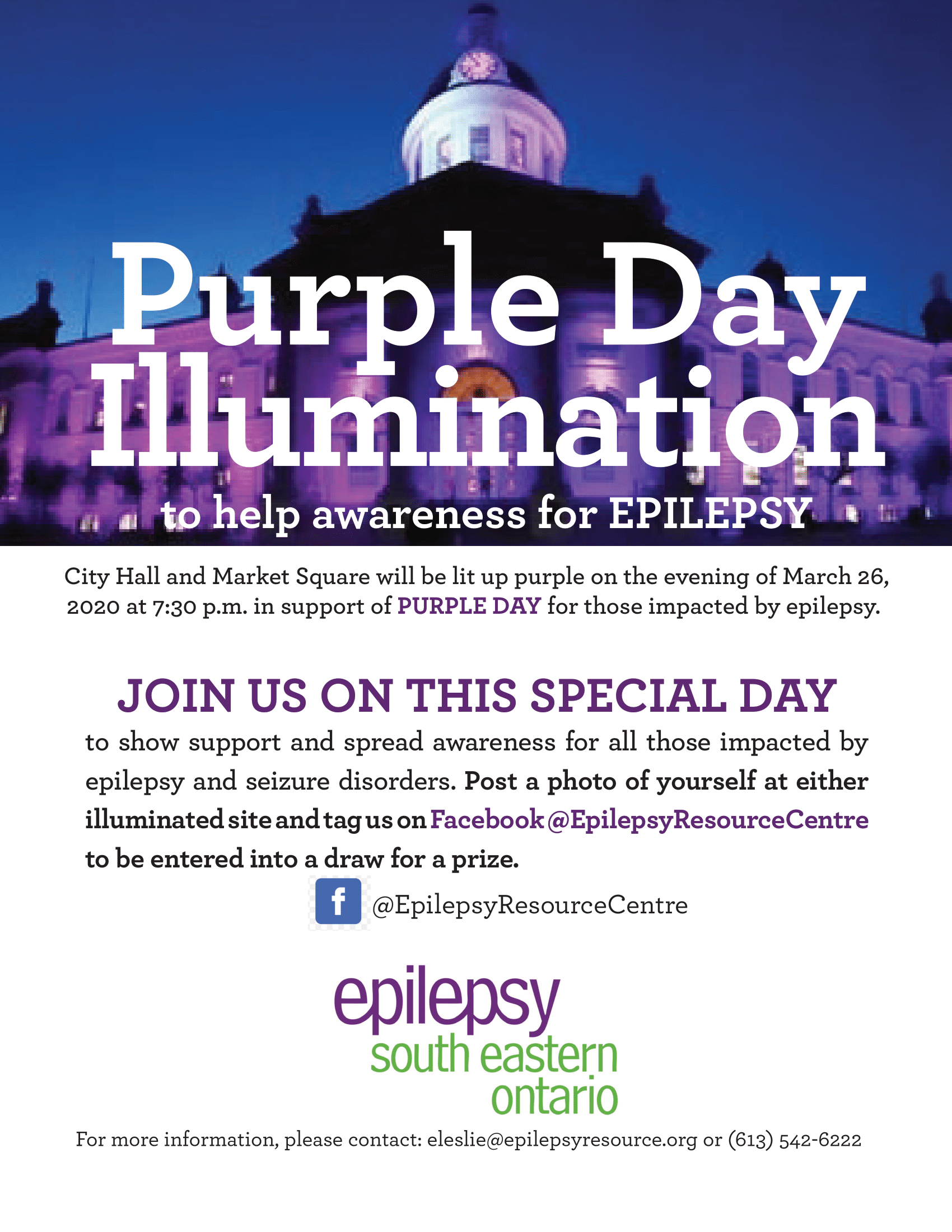 Purchase a limited edition of Purple Sweet Things on every Tuesday of March and a portion of the proceeds go towards our direct client support services.

In support of Purple Day, on the evening of March 26th, City Hall was lit up purple! Take a photo outside City Hall and post it to our Facebook page (@EpilepsyResourceCentre) to be entered in a draw  for a prize!

ESEO had an Epilepsy Information Kiosk at the Kingston Frontenacs Game on March 15th at 7pm when the Frontenacs took on the Oshawa Generals! Tickets are 15$ each and the Kiosk will help promote Epilepsy Awareness Month.

ESEO hosted an online auction on our Facebook Page starting in March to raise awareness for epilepsy! The blanket was handmade by a local artist and the bid started at $25.

Purchase a limited edition purple donut from Coffee Way Donuts on select dates and a portion of the proceeds will go to support our direct client support services.

What Can You Do to Celebrate Epilepsy Awareness?

How can you show your support during the month of March for the approximately 1 in 100 living with epilepsy? Here are a few ideas:

Pick up your awareness bracelet at any of the following retailers! 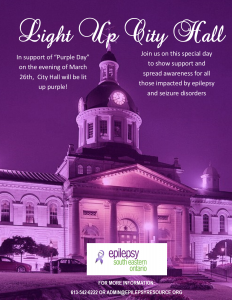